I’m thrilled to announce the FREE release of my second ebook today: Unstuck. Check it out on Amazon!

I’ve been hard at work on this project for many months, and in many ways it is actually the work of a decade. In Unstuck I describe the trajectory of my last ten years of physical activity and exploration, breaking down specific tools I’ve cultivated in a wide variety of sports and physical activities. 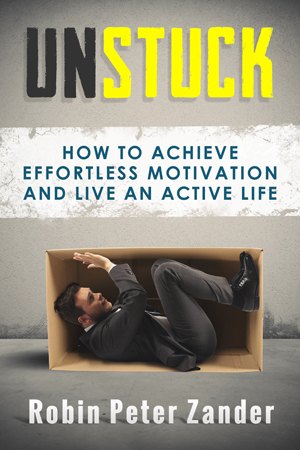 Here’s a condensed version of my History of a Compulsion
1998 – I began as a runner by attempting and failing to keep up with family marathons
2000 – Competed in my first cross-country race
2002 – Achieved Varsity Cross-Country status, high status among runners but not in high school.
2003 – Began juggling, which did not elevate my social status but did introduce me to the world of circus arts

November 2003 – Walked off the cross-country team at my peak, began rock climbing, fencing, enrolled in dance classes, discovered gymnastics
November 2008 – Landed on my head on a trampoline, thereby ending my aspirations of a career with Cirque Du Soleil
November 2012 – Hesitantly reentered a gymnastic gym
2013 – Mastered my gymnastics giant, front and back flips, handstands, and more

1995-1998 – Repeatedly bullied in middle school
1999 – Helpless in the face of a pit bull attacking me and my dog Sandy
April 2013 – Attempted to learn 12 martial arts in 1 week
2013 – Continued to study and compete in Muay Thai, and Brazilian jiu-jitsu, despite leaving sessions shaking with fear and adrenaline
2014 – Wrestled with a pit bull, fearlessly

Between walking off the cross-country and then breaking my ankle rock-climbing, training gymnastics and then landing on my head, training some of the most violent martial arts despite a timid temperament, and many more activities, I have stretched myself and encountered my fair share of plateaus.
For most people plateaus are common, and the solutions usually offered are equally mundane. Do these sound familiar?

Unstuck offers new solutions to plateaus, physical hurtles, and emotional challenges. I break down each of the skills, not just into their physical components, but into the skills most necessary to improve performance in these domains or in any physical pursuit.
Unstuck is available for free on Amazon right now. Check it out!