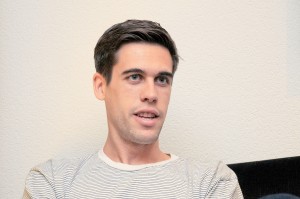 This episode of the podcast features an interview with prominent strategist and writer Ryan Holiday (@ryanholiday). I became familiar with Ryan’s work when a friend recommended his reading list, which remains one of the few newsletters I’m consistently grateful to receive.

Beyond being a prolific reading (and recommender) of books, Ryan has published three books and consulted on media and marketing with best-selling authors and musicians. The Financial Times called Ryan’s first book Trust Me I’m Lying an “astonishing, disturbing book.” I have used ideas from his second book Growth Hacker Marketing in marketing my own books.

After dropping out of college at nineteen to apprentice under Robert Greene, author of The 48 Laws of Power, Ryan went on to advise many bestselling authors and musicians. He served as director of marketing at American Apparel for many years, where his campaigns have been used as case studies by Twitter, YouTube, and Google and written about in AdAge, the New York Times, and Fast Company.

I admire Ryan’s strategic thinking and application of  philosophy to solve practical life problems. In this interview we discuss how Ryan trained himself to become a media strategist. He has developed the marketing campaigns for best-selling authors including the controversial Tucker Max, Robert Green, Tim Ferriss, and Tony Robbins. This post by Tim Ferriss recounts some of the bigger marketing stunts Ryan did while he worked as Director of Marketing at American Apparel.

In the interview, we discuss Ryan’s most recent book The Obstacle is the Way and delve into the practical approaches to philosophy, and especially Stoics philosophy, that he lives his life by. I very much enjoy the no-nonsense approach with which Ryan tackles challenges.