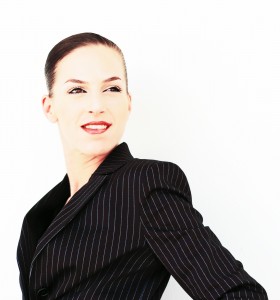 “Tsakos is a talent of the next generation”
– Florida International Magazine

My guest this episode is Natasha Tsakos (@natashatsakos), TED speaker, recent graduate of Singularity University, and life-long performing and visual artist. Throughout this interview Natasha and I discuss what it means to be creative and to never stop exploring one’s own limits. Natasha has always been a performer, and describes using her imagination as an escape during her childhood. She graduated The New World School of the Arts in 2000, and has been performing on stages ever since. She has directed numerous one-woman shows, including this one on the TED stage in 2009:

Natasha has always had a rebellious streak. In college she needed to augment her academic arts education with street performance. Then, after graduating, she began self-funding her career through credit cards and creating art on any stage she could find, including one memorable show on the un-used stage of a strip-club on Miami Beach.