I’ve never considered myself a sophisticated business person. Several years ago (albeit, after interviewing more than a dozen MBAs) I decided against going to graduate school in business, focusing instead on a less tradition career of which business is more the necessity than the focus.

That said, I enjoy learning. And “business” – encompassing everything from tax law through client sales – have increasingly become a part of my daily life. And still I’ve carried around the idea that compared to those who make the study of business their life’s work, I’m an amateur.

So it was that after 4 cups of coffee on a recent flight from New York City to San Francisco, as I was stretching in the back of the airplane that I got to talking with the flight attendant. He had a menu displayed on his computer and we started talking. It turned out that he and his partner run a Soul Food Truck in the San Francisco Bay Area, and I began to ask questions about his food, employees, marketing efforts, revenue and more.

END_OF_DOCUMENT_TOKEN_TO_BE_REPLACED 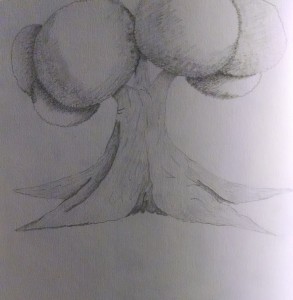 END_OF_DOCUMENT_TOKEN_TO_BE_REPLACED

Habits are the future of our health and livelihood.  While you might not think in terms of the word “habit” you probably recognize that you are pulled between nearly infinite information and how you chose to spend your time. Current educational systems are unable to change to teach to 21st century challenges quickly enough. The solution to modern problems are up to us, and the individual choices we make. Even more simply, the habits that each of us build into our daily lives are going to shape the future.

Consider the number of ways that you might receive communications each day: instant messages, text messages, Google+ messages, Facebook messenger, Snapchat. And we haven’t even begun to consider email or phone calls. The amount of information is enormous and we have very few tools for handling the influx. For those of us who decide that we aren’t 1. Going to completely cut ourselves off from the modern world or 2. Approach these problems with a lack of attention and let the industries that create these products and services dictate how we use them, there is only one option. We have to be the ultimate arbiters of how we consume information, what kinds of information we decide to process, and when we say enough.

The future is going to be determined by those best at self-motivating, at moving themselves in the directions they want to go instead of letting their fates be decided by the tools they use, the world they grew up in, their current socio-economic status, or their health. In Average Is Over economist Tyler Cowen paints a stark vision of a future where people are divided into three categories: self-driven, those with money who can afford expensive personal coaches and boot-camp like schools, and the rest. Habits and learning are learnable skills, that we can all use to self-direct and self-regulate our educations, relationships with people and technology, and futures. Short of epiphanies, which I, for one, don’t know how to trigger, or magic pills, which I don’t believe in, simple interventions in our daily lives that have lasting impact are the quickest, easiest way to foster change and growth.

It has been repeatedly demonstrated in scientific studies that small adjustments can create life-long changes. A famous example is a study for which families of severely underprivileged toddlers in Kingston, Jamaica were educated in simple nutrition, social and motivational skills. Twenty years later those individuals were found to be indistinguishable from more wealthy populations (Gertler, Heckman, et al., 2014). Those simple interventions were able to effectively erase the fact that those children came from impoverished backgrounds.

Another example is the oft-cited marshmallow study, in which a child’s early-life ability to delay gratification has been shown to be predictive of life-long measures of success (Mischel, Ayduk, et al., 2010).

However, interventions, when poorly designed, can have contrary effects. In a lesser-known variant of the marshmallow study, prior to being given their first marshmallow the children were promised crayons or similar enticement by an adult who did not deliver on the promise. In all of the cases of this reneging on a promise, children ate their first marshmallow right way (Kidd, Palmeri, and Aslin, 2013). Children were trained to take what was available because they could not rely on a future promise, which has implications for the long-term future of those children.

Characteristics like the ability to delay gratification in the marshmallow study are a part of a broader theme, namely meta-learning and the ability to learn how to learn. Meta-learning encompasses learnable skills include creative problem solving, critical thinking, and collaboration. Education often fails to teach to these goals, instead focusing on training domain-specific knowledge under the assumptions that these more complex skills will come about naturally. Specific knowledge is valuable, but in the modern era information is abundant and relevant knowledge changes very quickly. What actually matters most is the ability to learn whatever new information may be important, and to use it productively.

Habits can be learned, practiced, and improved. Wether you are starting from a very basic perspective of looking for simple solutions to improve your health, or have already read Getting Things Done, mastered “Inbox Zero” and want to further optimize your efficiently systems, the skill of habit building is worth developing. You can never get too good at building better systems. Just like neural connections can be improved and myelinated in the brain through increased use, habits can be trained, strengthened, and improved. The end goal is empowered people, capable of making their own informed decisions and acting with clarity of purpose. This comes of an understanding of yourself and the learning process. All of which starts with small habits.

If this sort of post is interesting to you, please let me know in the comments!

I’m spending all of my waking hours working on these topics. My next book “Unstuck” will be coming out this November. I’m project managing, putting out fires, and studying meta-learning at the educational start-up Socos. I’m organizing Design for Dance, exploring the impact on learning, creativity, and health through dance in the workplace. Oh, and I’m training classical ballet 30 hours a week, which is about as on-the-ground as learning can get.