A few weeks ago in NYC, I led a strategy workshop for an exclusive group of CEOs and founders who are building companies designed to thrive in the Future of Work.

Every organization is tasked with issues that seem insurmountable. Often, the process to accomplishing a huge goal can be so overwhelming that we never get started. Behavior change can help make seemingly impossible goals feel smaller and more attainable.

What we want to accomplish is not going to happen in a single day. Instead, break the large goal down into the smallest steps possible, steps so small that they are almost ridiculously easy. When you succeed at accomplishing that tiny step, you will be encouraged to continue.

This is how we build new habits and behavior changes that eventually create monumental differences in our organizations and lives.

Adam Pisoni (@adampisoni) co-founded Yammer (which sold to Microsoft for 1.2 billion dollars). He recounts how he learned about about Conway’s law. “At Yammer, we believed in rapid product iteration. Once we realized the organizational structure was part of the product, we then had to believe in rapid organization iteration.” The engineering mantra at Yammer became: “We’re not smarter than other people. We just iterate faster.”

This insight led Adam to recognize that he and the engineering and product teams at Yammer were not just building a product but building a company (at least, if they were going to be effective). He began to investigate what it would mean not just to rapidly iterate on Yammer’s product but to iterate the organization’s structure itself.

In other words, he began to explore whether Yammer could become more Responsive. What Adam was clear on, was that their product didn’t exist in isolation. Yammer, as a communication platform for enterprise businesses, was particularly well placed to recognize the challenges of the current working world. Eventually, Adam put these thoughts into a manifesto and shared them with CEOs and C-level executives. The response was an enthusiastic affirmation of their ideas. The result of this thinking led Adam to co-found the Responsive Org movement.

Adam realized the education system in North America is largely still reliant on an assembly-model way of teaching and thinking. Consider the structure of most schools: there are grades, segregated by age; there are alarm bells which tell students when to move from one classroom to the next. The most common form of learning is to passively sit and absorb lectured lessons.

More subtly, subjects are taught according to a linear progression. Math education in the United States, for example, moves from algebra, to geometry, to advanced algebra, to precalculus, to calculus. This progression to trains students to think about math in a way that only entrenches a hierarchical, linear view of how to how the world works. School in the 21st Century is still designed to produce people to work in factories.

Adam was bold enough to tackle revitalizing the education system, by optimizing administrators’ time and budgets. He founded Abl Schools, a collaborative platform for administrators and teachers. Abl has re-envisioned how principals relate with their teachers and facilities and how schools use their time. The idea is to help schools better manage the day-to-day to be able to achieve its educational goals, starting with the company’s first product, a cloud-based master scheduler.

Exciting possibilities emerge when we reconsider even behemoth institutions like the U.S. education system and experiment with new approaches that leverage technology and new models of collaborating. What is necessary, is the willingness to experiment.

Adam Pisoni has been open about the challenges of creating diversity in founding his company Abl Schools. He writes:

“If your founding team is homogenous, it will likely develop a narrow culture which is well suited for that narrow group of people. That culture won’t be as self-aware of the lack of inclusion in the culture, but it will feel inclusive for everyone within the tight knit founding team. As new employees with different backgrounds join, they will be more likely to reject or be rejected from the culture than to add to it. While you may be celebrating how strong a culture and tight a team you have, you may also be unaware of the ways you’re actually reminding that new employee that they don’t belong.”

While there is a lot of conversation about fostering an inclusive company culture, very few Silicon Valley companies have an equal gender split between male and female employees, and even fewer have women or underrepresented groups at the highest levels of leadership.

As Adam explains, this doesn’t actually mean teams of straight white men can’t produce great companies. He argues: “I believe diverse founding teams can produce better outcomes. A team of white men can come up with good ideas. But I believe a diverse team can come up with better ones.” The curiosity and perseverance Adam has demonstrated at Abl Schools is an example of what can be done in any number of genres by founders just starting out.

If you enjoyed this episode of the Robin Zander Show, you might also enjoy hearing me and Adam in conversation, recorded at the Responsive book launch party last November.

At Responsive Conference 2018, Adam will be joined onstage by Anthony Kim (Founder, Education Elements) to dive deeply into the problems facing our current educational practices, and what can be done to improve them.

My guest today, Srini Rao (@unmistakableCEO), is an author and the founder and host of the popular podcast, the Unmistakable Creative, where he’s interviewed over five hundred creative people. Former guests on the show include Tim Ferriss, Simon Sinek, and Seth Godin. His first, self-published book The Art of Being Unmistakable got the attention of media personality Glenn Beck, sold over 15,000 copies and hit the “Wall Street Journal” bestseller list.

My conversation with Srini starts and ends with surfing, which we both have a passion for, and forms the outline for his new book Unmistakable. Srini credits surfing with the launch of his podcast and the Unmistakable brand, and using surfing analogies to teach the principles of creating unforgettable work. We discuss behavior change, and how incremental steps add up over time – whether in a physical practice like surfing or in building a brand or business. We discuss the art of the interview, and what Srini has learned about people – and about learning – from conducting over 500 interviews.

I hope you enjoy this interview with my guest, and host of the Unmistakable podcast, Srini Rao.

3:00 Surfing
9:30 Srini’s new book: Unmistakable: Why Only is Better than Best
12:30 Behavioral change through consistency
16:30 Deliberate practice
18:00 The art of the interview
21:00 Curiousity and presence
25:30 Make a podcast entertaining by asking the right questions
31:00 A.J. Leon
33:00 The Compass: A Creator’s Guide to Instigating Something that Matters
34:30 Greg Hartle and The Art of Being Unmistakable: A Collection of Essays About Making a Dent in the Universe
39:30 Glenn Beck
46:00 Misinterpretations
48:00 Habits: The 8-Step Daily Routine That’s Enabled me to Write 100’s of Articles and 3 Books
52:30 Behavior shifts that start from physical movement
55:00 Scary surfing moments
57:00 The challenge of scale
58:00 Books:

The Happiness Advantage by Shawn Anchor
The Life and Times of a Remarkable Misfit by A.J. Leon
How To Be a Person in the World by Heather Havrilesky
The Fear Project by Jaimal Yogis
Saltwater Buddha by Jaimal Yogis
All Our Waves Are Water by Jaimal Yogis
Barbarian Days by William Finnegan
The Art of Being Unmistakable: A Collection of Essays About Making a Dent in the Universe by Srini Rao
Unmistakable: Why Only is Better than Best by Srini Rao

Could you do me a favor? If you’ve enjoyed the Robin Zander Show, I would really appreciate a review on iTunes. Reviews help others find the podcast, and more importantly let me know that you’re enjoying what you’re hearing. Thank you! 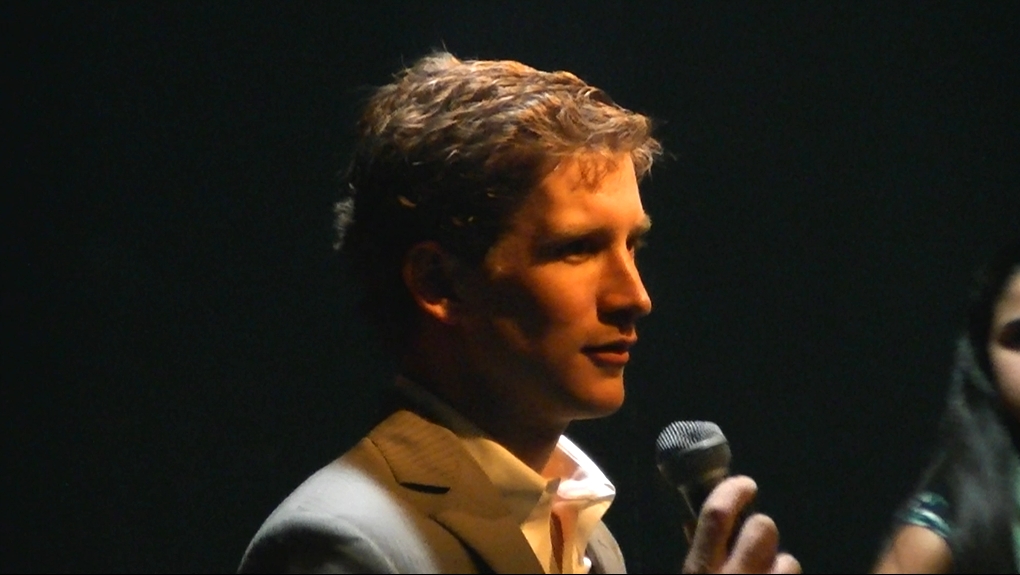 This episode of the Robin Zander Show is an experiment. I recently interviewed Stanford professor and innovator BJ Fogg, PhD, and we talked about the research and tactics of behavior change.

But if there’s one thing to be said about BJ Fogg, its that he’s constantly seeking to improve. After our interview he wrote me an email saying he’d come away from our conversation with a ton of questions of his own. He suggested he come onto the Robin Zander Show, turn the tables, and interview me!

I hope you enjoy this special episode of the Robin Zander Show, with your host BJ Fogg.

END_OF_DOCUMENT_TOKEN_TO_BE_REPLACED

He has an amazing track record of predicting trends in technology and in this interview he shares the story of teaching a class at Stanford in which Mike Krieger, the co-founder of Instagram, came up with the idea.

BJ and I discuss his boyhood. His father had a cellphone in his car in the 1960s and we speculate on what impact that had on BJ’s passion for the intersection between technology and behavior change.

One of the things I admire about BJ is his playfulness and compassion. He is deeply sensitive to what actually works to help people live better lives. I’ve been a fan of his TinyHabits program for years. Check it out at TinyHabits.com. In this interview, he explains what makes good habits and how to practice the habit of habit formation.